The 1st Annual Angeles City Craft Beer Festival will be the first festival of its kind in the Angeles City/Pampanga region, and Central and Northern Luzon. Scheduled from December 2-4, 2016 at Marquee Mall’s outdoor Marquee Park, the festival will be the ultimate showcase for the fast growing craft beer market in the Philippines. It will also present the latest food trends offered by locally based celebrity chefs, accompanied by great live jazz from Pampanga’s best jazz musicians, and plenty of fun and games.

The Philippine craft beer scene has really started to take off in the last few years with several dozen micro-breweries popping up from as far south at Palawan to as far north as Sagada in Mt. Province, and all places in between. Using the best imported ingredients, no chemicals or preservatives and hand crafted with care and meticulous attention to detail, craft beer brings a new experience to man’s favorite beverage. Filipinos who have grown tired of the same old same old when it comes to beer drinking, are quickly discovering the endless varieties and tastes, and of course, the quality that craft beer offers.

We are expecting to have around 15 Philippine based micro-breweries, along with several imported craft beer brands from the US, Japan and Belgium. All total, festival-goers will have a stunning array of around 100 different varieties of delicious and fresh craft beer to choose from, all in one place at one time. Happy days indeed! 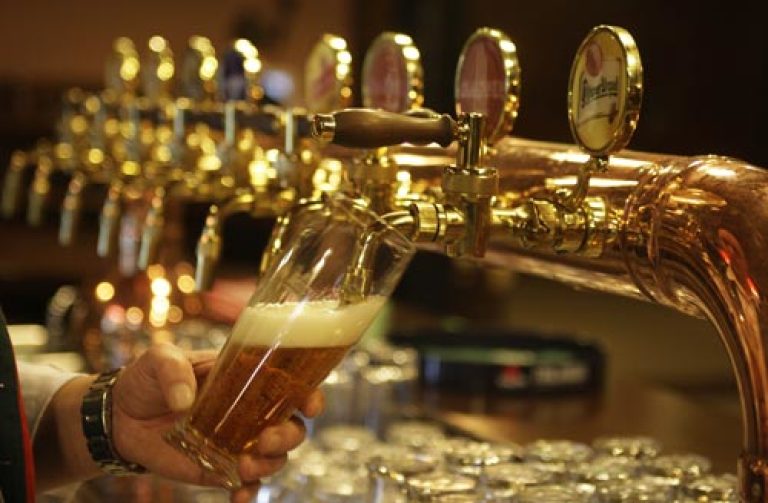 You will also get a chance to meet the very people who make this liquid gold and learn about the intricacies of what goes into making craft beer. We will even have free seminars each day of festival, with our participating brewers talking about how they make beer, and answering your questions. Who knows? You too might be motivated to start your very own micro-brewery.

Tickets cost P250 and include one free craft beer. Ticket information will be released by the first week of October.

What is Craft Beer?
Craft beer refers to beer that is made by a brewery that is small, independent and that uses traditional methods of brewing. Craft beers are made by hand with no preservatives or chemicals.

How popular is Craft Beer?
The market for craft beer in the United States and Europe has literally exploded over the last 15 years. For over a century the beer scene in the Philippines has been dominated by a few mass market producers. In the last several years, however, the craft beer scene in the Philippines has finally taken hold. Several dozen micro-breweries have sprung up throughout the country to service a fast growing demand for better quality beer. And these breweries are starting to deliver some very good world class beers.

Is craft beer expensive?
Can beer is generally more expensive than the mass produced stuff but, of course, you get so much more bang for your bucks. And we don’t just mean alcohol content, although often times that is higher as well.  Craft beer is made with the finest imported ingredients and without the use of chemicals and preservatives.  Once you taste craft beer, you’ll immediately be able to tell the difference from the mass market stuff. In fact, once you go craft, you may never go back!

Which breweries will be coming for the festival?
We have secured commitments from the top micro-breweries from around the Philippines, all of whom are keen to showcase their latest beer creations in a progressive and exciting community such as Angeles.

CHECK OUT THE BREWERIES

Can I purchase tickets before the festival?

Yes, tickets will be available online through our website in the first week of October. Stay tuned for more information. Better yet, sign up for our newsletter. Just leave your email in the box on the right hand column of this page, and you won't miss a thing!